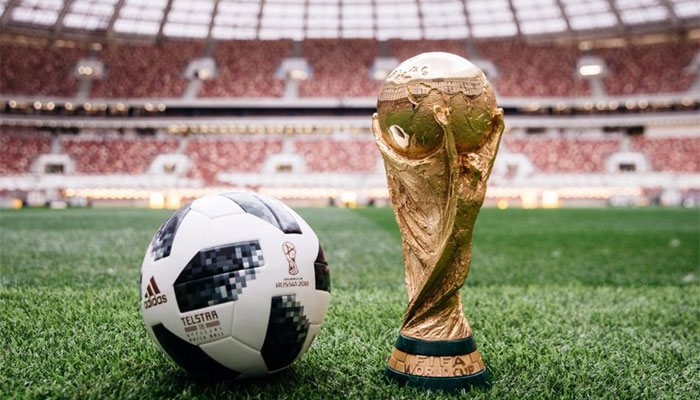 With the start of the 2018 FIFA World Cup approaching, soccer fans around the world is trying to figure out who will win the tournament? If you’re a techie and a soccer fan, you’ll probably want to figure out more quantitiative methods of figuring out the answer to that question.

The goal of this project is established as follows:

I used two data sets from Kaggle. You can find them here. We will use results of historical matches since the beginning of the 1930s FIFA Championship for all participating teams.

We have opted not to use FIFA national team rankings, due to the limitations of FIFA rankings being created in the 90’s. Considering this limitation, we will stick to the historical match records.

First, I’m going to conduct some exploratory analysis on the two datasets. Next, I will use a feature engine to select the most relevant feature for my prediction. Afterwards, I will attempt to manipulate the data. Finally, I will choose a Machine Learning model and deploy it on the dataset.

We need to import the necessary libaries and load the datasets into a Dataframe. We will be using the following python libraries.

Ensure the information is imported by calling world_cup.head() and results.head() for both datasets. The Dataframes should look something like the following:

Exploratory analysis and feature engineering is the most time consuming part of any Data Science project.

After analyzing both datasets, the resulting dataset has information on previous matches. The new (resulting) dataset will be useful for analyzing and predicting future mathces.

We begin our exporatory anaylsis by added goal differentials and match outcomes to the results Dataframe.

The outcome of the new Dataframe has the new results with the goal differential visible.

Now I’ll work on a subset of the data; one that includes games played by a participating team. I wanted to analyze the US Mens National Team, but unforunately, they were eliminated by Trinidad & Tobago in the qualifying rounds.

Analyzing the subset of the data will help us determine which features are more relevant for our analysis.

As you can see, the dataset has matches dating back as early as 1908! However, we’re only interested in looking at matches from the World Cup era, which started in 1930. We then create a column for year and pick all the games played 1930.

We can now visualize the most common match outcome for Germany throughout the years. 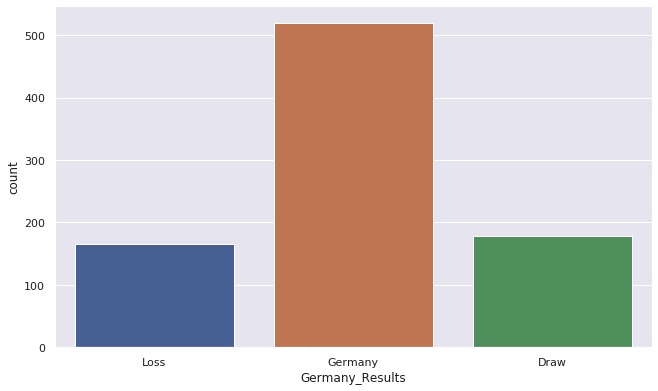 FIFA has recorded 863 matches from the German Mens National Team since 1930, of which Germany has won over 500 matches with ~175 losses. Slightly more matches has ended in a draw. Getting the win-rate for every country is a useful metric. We could use it to predict the most likely outcome of each match in the tournament.

The following code will show only a dataframe with team wordl cup results starting from 1930, while dropping the duplicates (dropping games before 1930). We will also drop the date, home_score, away_score, tournament, city, country, goal_difference, and match_year columns from the df_teams dataframe and assign it to a variable named df_teams_1930. This will help us create a prediction label to simplify and process our model.

From there, the home_team and away_team columns will be converted from categorical variables to continuous inputs, by setting dummy variables using Pandas get_dummies() function. It replaces categorical columns with quantitative representations, which enable them to be utilized in the Scikit-learn model.

We we separate the labels and features, the train_test_split function will split the data into 70 percent training and 30 percetn testing.

The Scikit-learn package allows us to use machine learning packages such as Linear Regression. The only problem is that we can’t use linear regression on a categorical dependent variable. Instead, in such situations, we should try using algorithms such as Logistic Regression. 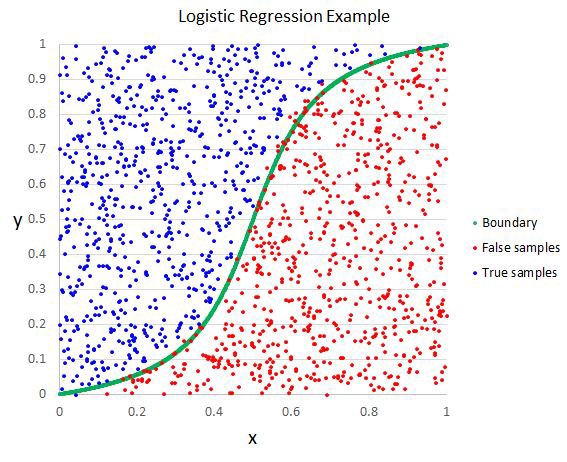 Logistic regression is one of the most popular ways to fit models for categorical data, especially for binary response data in Data Modeling. It is the most important (and probably the most used) member of a class of models called generalized linear models. Unlike linear regression, logistic regression can directly predict probabilities (values that are restricted to the (0,1) interval).

Logistic Regression is used when the dependent variable (target) is categorical. For example:

In our case, logistic regression attempts to predict an outcome (a win or loss) given a set of data points (stats) that likely influence that outcome. The way this works in practice is you feed the algorithm one game at a time, with both the aforementioned “set of data” and the actual outcome of the match. The model then learns how each piece of data you feed it influences the result of the game positively, negatively, and to what extent.

We will start by loading the FIFA ranking as of April 2018 data set and a dataset containing the fixtures of the group stages of the tournament obtained from here. The team which is positioned higher on the FIFA Ranking will be considered the “favorite” of the match, and therefore, will be positioned under the “home_teams” column, since obviously the only home team in this world cup is Russia. We will then add teams to the new prediction dataset based on the ranking position of each team. The next step will be to create dummy variables and then deploy the machine learning model.

We can start with deploying the model to the group matches. The follow shows the match results for the Group of Death, which contains Germany, Mexico, Sweden and South Korea.

Based on this information, it looks like the former champions will be making it out of the Group of Death. Unless the World Cup Champion’s curse has anything to say about it, prehaps Mexico and Sweden will both make it out of group stages.

Based on the model, the following matchups are generated. 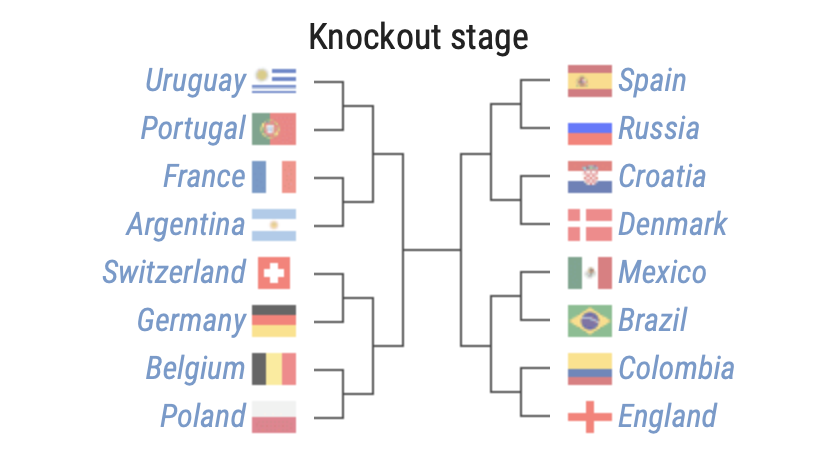 Our model has generated the following winners from the knockout stage of the 2018 World Cup:

Our model predicted a quarter final matches of the following:

Based on the matchups, our algorithm has predicted the winners of their quarter final matches:

This time, the algorithm has less than a 60% certainity for most of our match-ups. This is what we can expect as we reach a higher level of play from our competitors.

Germany and Argentina are once again matched up with one another, except this time it is in the semi-finals instead of the grand finals of the 2014 world cup. Based on the matchups, our algorithm has predicted the winners of their semi-final matches:

Our algorithm once again has Germany emerging has the victory of the Germany vs. Argentina match. Our model also estimates that Brazil will end up losing to France. Unforunately, the 5 time World Cup champs will have to miss out on another Final.

Finally, we have the grand finals with France vs. Germany. What outcome does our model give us?

According to the model, Germany is likely to win the World Cup, although, it isn’t possible for repeat champions to emerge. The last time this occur was during the 1962 in Chile.

Some areas for improvement:

There is so much that can be improved upon here. For now, lets see if we get any lucky.

The full code can be found here.