Libra is the Future of Money 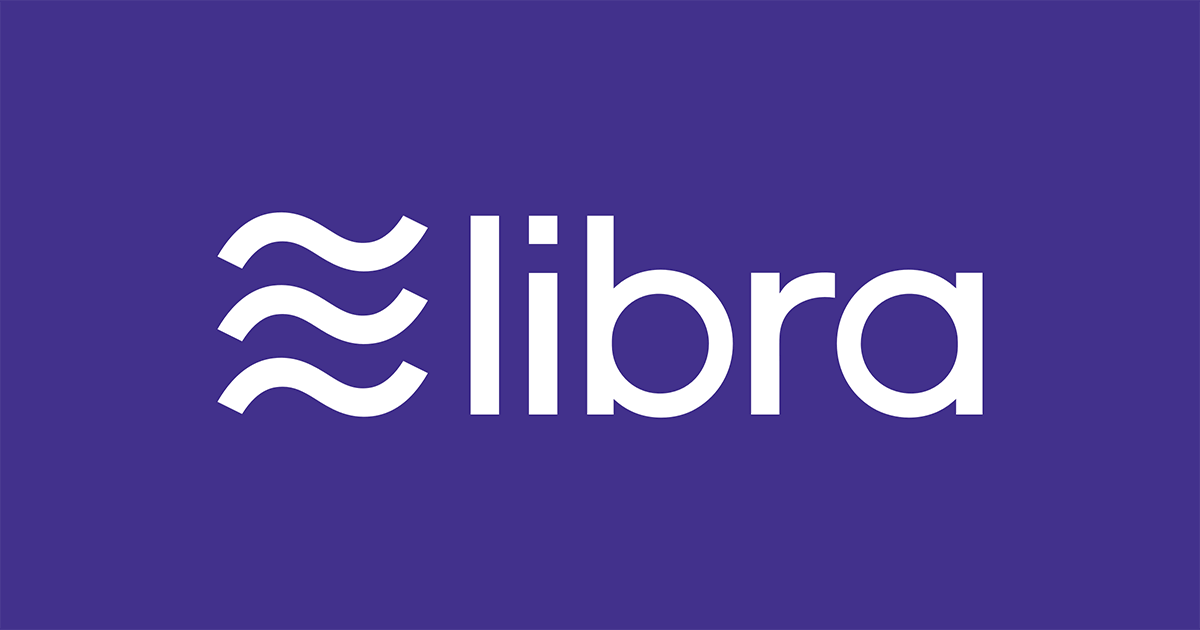 If you were able to catch the Congressional testimony on Facebook's new project Libra and the Calibra wallet, probably didn't learn a ton about the latest technology; it's benefits; it's detriments, and how it will be integrated into our 21st-century economy [1]. Listing to the Congressional hearing, one might get the impression that Facebook is the cause for every single one of the problems we face in this country.

Although regulators may not care about how the new Libra project will benefit (or affect) our economy, you, the consumer, needs to know what this means for you. Anyone living in China (or visitors to China) has already seen the future. In most major metropolitan Chinese cities, you no longer need to walk around with a wallet. Your cell phone or mobile device allows you to purchase food from street vendors, pay to wash your clothes at a laundry mat, and purchase items in a grocery store. Even the street beggers will not accept your money unless it's done via QR code.

Needless to say, if America does not innovate, its future in financial leadership is not guaranteed. Digital payments are happening worldwide, whether the US government likes it or not, whether you like Facebook or not. Despite the blatant grandstanding from our elected officials on the tech-giant, other concerns with the project are related to privacy, centralization, and the lack of self-sovereignty and are therefore skeptical of libra.

These are legitimate concerns; however, they do not really matter in the grand scheme of things. I can tell you first hand that the family running the Chinese restaurant on my street corner doesn't care about any of those things. However, they do have Facebook, and so do all of their customers. Right now, the restaurant only accepts cash for their services. If they suddenly decide to take payment with nearly zero fees without having to handle cash, there's no doubt in my mind that they will.

The Shift to a Cashless Soceity is Already Mainstream.

Countries such as Norway, Sweden, Denmark, and Finland are largely cashless countries; both individuals and retail stores continue to embrace online payment systems. Norway has the lowest cash usage in Europe thanks to companies like Vipps, which is used by two-thirds of the Norwegian population [2] [3].

The desire for convenience is also beneficial. Once the average person starts adopting online payments into their life, paper bills and coin-filled pockets only become an annoyance. So now the important question is, "would we rather have a global digital currency controlled by governments or let a company like Facebook bootstrap it?" Is it really bad for crypto-enthusiast? I don't really think so.

Sins of the Past

To say that Facebook had a rough 2018 would be an understatement. In March 2018, it was discovered that 50 million Facebook users had their private data compromised in one of the worst data privacy breaches in history, for what is currently known as the Cambridge Analytica scandal. The data extracted has been used to build psychological profiles to influence elections around the world. Ultimately, CEO Mark Zuckerberg was forced to attend a Congressional hearing regarding the incident.

Afterwards, in May 2018, it was revealed that Facebook was establishing a blockchain division that would run under the supervision of David Marcus, who had earlier overseen the creation of Facebook Messenger. This happened four months after Zuckerberg stated in his new year resolution post that he wanted Facebook to "go more in-depth and study the positive and negative aspects of cryptocurrencies.

Then in December 2018, news came out that Facebook was building a cryptocurrency, which would make it easier for them to transfer money on Whatsapp. The initial focus would be in India since they have 400 million Whatsapp users.

Finally, in June 2019, Facebook formally announced Libra and released its whitepaper [4]. The coin is set to launch in 2020 of next year.

Reaching Out to the Unbanked

To understand the real power of cryptocurrencies and why Facebook's initiative could be a game-changer, we need to understand one of the most significant issues in the financial world. Business Insider reported back in August 2017 that more than 2 billion people around the globe lack access to a bank account [5]. Other interesting information regarding the unbanked population also includes the following:

Considering that there are ~5 billion people with mobile phones and ~2.38 billion Facebook users globally, the company is in a unique position to help those without access to banking services.

What is Libra, and What it isnt...

Facebook aims to have 100 members in its Libra Association before the launch. Final decision-making authority lies with the association, but Facebook will maintain a leadership role throughout 2019. However, the whitepaper states that once the network launches, all the members of the association will have the same commitments, privileges, and financial obligations as any other founding member.

All of the peers will have equal governing power. Facebook has built a digital wallet called "Calibra," which will be used to interact with Libra. Users will be able to send Libra via their smartphones by using the Calibra wallet. Facebook will also allow you to select from a list of partner payment providers, such as MasterCard, Visa, Paypal, and Stripe. Customers will also be able to convert US dollars into Libra for their Calibra digital wallet through local or online currency exchanges.

It is also worth noting that to join the Libra association and become a validator node, each member needs to pay a minimum of 10 million as Libra reserve. The Libre reserve will be used to back the intrinsic value of the libra token. Libre also adopts the LibreBFT consensus protocol and is expected to run with 100 validator nodes.

The Libra blockchain is not really a blockchain in the traditional sense. For those who are not familiar, a blockchain is a series of blocks which contains time-stamped data. Each block is linked to the other cryptographically, and the data inside is kept cryptographically secure. Miners in Bitcoin and Ethereum bunch up transaction data and put them in blocks and adds them to the blockchain via the proof-of-work consensus mechanism.

Libra completely changes this by not having blocks as the core data structure in its architecture. Instead, their system has been described as a "decentralized, programmable database." The transactions in Libra will form the sequence (numbered with ever-increasing integers), which will be stored in Merkle Trees.

The data structure that you see above is a Merkle tree. In the diagram shown, Hash 0-0 and 0-1 are children of Hash 0, which is known as the parent. The top hash is also known as the root, and you can derive the whole tree through the root.

The Facebook team decided to code their chain from scratch for it to fulfill the following requirements:

A typical Libra transaction has the following components:

Properties as a Stablecoin

Libra is a stablecoin backed by a libra reserve, which is a reserve of real assets. The assets will be a collection of low-volatile assets, such as bank deposits and short-term government securities in currencies from stable and reputable central banks.

Facebook believes that an excellent form of money should follow three criteria: Medium of exchange, unit of account, and Store of value. Most cryptocurrencies lack one or all of these qualities, and Facebook is hoping to change that with Libra [6].

Facebook is attempting to create a world where payment providers, including banks, are partially disintermediated, which will bring about an almost free, instant international monetary transfers.

If Facebook's ~2.4 million users embrace this currency, it could affect the role of central banks. Although the project isn't completed yet, industry experts and investors all claim to be evaluating the impact that Libra will have on the banking system, but suggest that there will be a lot of hurdles along the path for Libra, but should it overcome those hurdles, it could be a significant disruptor for the industry.

There's No Going Back

One of the most significant issues with the crypto ecosystem is onboarding new users. Blockchain tech is still reasonably new, and there are certainly some hurdles to overcome on the path to mass adoption. But once we have billions of people suddenly able to transfer money via WhatsApp, Messenger, Instagram, and third-party Libra wallets, then millions of shops, hotels, and services around the world will also start accepting Libra coin in the same ways. It will become part of our daily lives, just as the cashless shops and vending machines in China have grown.

This means so much for the projects we're already building in the blockchain space. You will be able to integrate Libra into your existing apps. Once we have more Libra users are interacting with all these blockchain applications, we can slowly introduce them to more decentralized, or privacy-focused coins. In other words, Libra will end up being the gateway drug to the mass adoption of significant blockchains like Bitcoin and Ethereum.

But Libra Isn't Really Decentralized, Is it?

The Libra Association is currently a consortium of 20 organizations, and Facebook hopes to have this number grow to 100 when the blockchain launches in the first half of 2020. Is it as decentralized as Bitcoin or Ethereum? No -- but it doesn't have to be, either. Libra Blockchain is decentralized enough to be able to withstand control from any single party. It's a nice stepping stone to a larger, fully decentralized platform.

What if Libra Doesn't Actually Launch?

We've all heard about the Libra hearings in Congress, and some people are saying that this project will never see the light of day. Sure, that is always a possibility, but it really doesn't matter at the end of the day. For blockchain technology to compete with the Chinese tech giants Alipay and WeChat, we are going to need a system like this.

If Libra doesn't end up launching, then it's very likely we will see Libra clones pop up all over the place. And with the amount of new developer interest in Libra, other platforms are committed to launching the core technology payment technology over time, whether Facebook's involved or not.

A rising tide lifts all boats -- in this case, we're talking billions of more people sending digital money like they never have before, from the mobile apps they already use. It's not hard to see how transformative and disruptive Libra will be on a global scale.